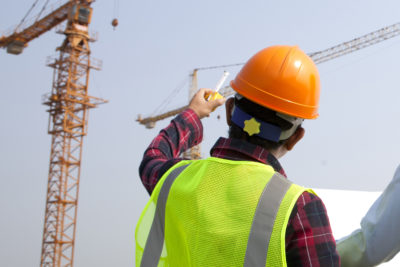 The Netherlands has been familiar with the Safety Culture Ladder (SCL, then still known by the Dutch name of ‘Veiligheidsladder’) since 2012. Having initially started as ProRail product, it became a NEN-managed product in 2016.

Over the years, the SCL has grown to become a product which is used in an ever-increasing number of sectors. It is now well-known and is being used in more and more countries around the world.

But, just like any NEN product, there comes a time when an assessment is needed to see whether market developments make a revision desirable and/or necessary. That process has taken place in recent years and has led to the development of SCL 2.0.

The scope of SCL has broadened significantly in the past few years. Where this started out as a product which was mainly used in the railway sector, its application has broadened to include many other sectors since 2016. Examples are the construction sector, grid operators and various service sectors.

This broadening of the application of the SCL also led to an increasing number of criticisms of the SCL, both in respect of the Manual and the Certification Scheme.

Besides the above signals which prompted a revision of the SCL, there are some topics which should clearly be maintained, such as the recognisability of the SCL and its potential for being applied to all sectors.

SCL 2.0 has been developed over the past few years. The typical differences with respect to the current SCL are:

Each theme is subdivided into an ‘organization’ part and a ‘behaviour’ part,

and each theme has some sub-themes, corresponding to the main theme.

The description of the themes reflects a complete change. SCL 2.0 uses storytelling to convey these descriptions. Through stories, these descriptions become things that should be recognisable/observed in an organization in terms of the particular theme, sub-theme or step.

SCL 2.0 no longer uses numerical scores for the assessment.

The assessment uses three colours. Possible scores are green, red and orange. ‘Organization’ (O) and ‘Behaviour’ (B) are assessed separately. Since the assessment of the culture mainly concerns the effectiveness of the efforts and tools implemented, the score for ‘B’ is assigned the most importance.

A red score visually shows that a theme has been rated as insufficient.

The assessment for O requires at least four of the five themes to be rated as ‘sufficient’ (green). The theme not rated as green must have an orange score for the organization to get a positive rating. A red score means that the step has not been passed.

The assessment for B requires all themes to be rated as ‘sufficient’ (green).

Since a numerical score is no longer awarded under the new method of assessment, organizations may perceive the outcomes of the assessment as being less useful as aids or reference points. To avoid this potentially undesirable effect and, since there has long been a need for reporting requirements to be specified, new reporting criteria have been prepared. These new criteria provide proper justification and substantiation of the findings.

The five themes and their underlying topics are assessed during the audit. Based on this, the audit team finds strengths and areas for improvement.

In their report, the auditors identify and expand on the strengths in each theme and individual topic and on areas for improvement found during the audit to give the organization an idea of its position within a step, and thus of its potential for growth within each theme.

The audit report also contains a substantiation which should enable readers to trace back why a specific score was given to a specific theme. The audit team thus takes responsibility for the proper performance of the audit and the audit team’s findings can also directly help the organization further develop to a higher step.

These are the criteria for reporting:

We are currently doing some tests in the Netherlands and Germany to establish whether the new version of the SCL (SCL 2.0) is clear and works well for organizations and auditors in practice. We call this process the validation of SCL 2.0.

All CIs in the Netherlands and Germany are involved in this process. In this context, each of them will use one audit for this validation process. However, since the views and opinions of the rest of the market are also very important, a public comment round is planned in the months of September and October 2022, to supplement the validation.

Based on the validation results and the comments collected through the public comment round, SCL 2.0 will be adjusted so that it will eventually be published in mid-2023 (as scheduled).

The revision of the SCL, which has resulted in SCL 2.0, has been a lengthy process. Revising both the description of the SCL and the assessment method has been quite an ambitious undertaking.

It would not have been possible without the efforts and contributions of several experts who therefore deserve to be explicitly mentioned here. 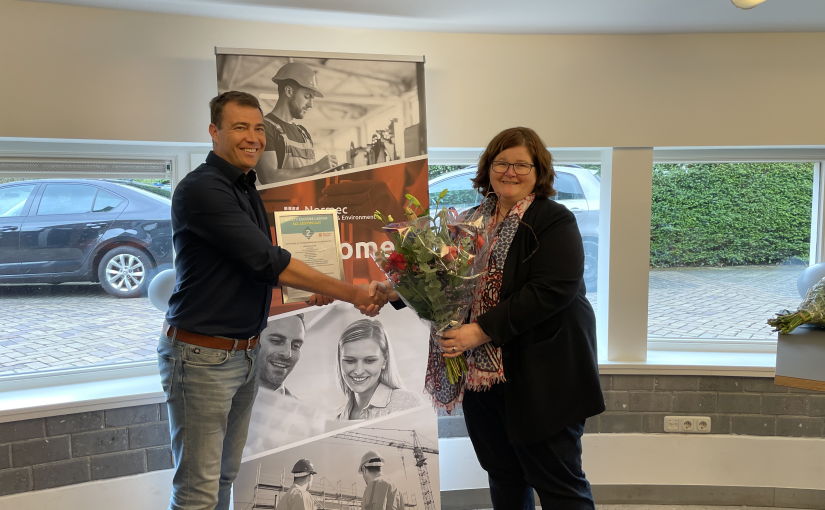 The aim of SCL is to test attitude and behavior in all layers of an organization when it comes to health and safety. The assessment method for measuring safety awareness and consciously acting safely in companies consists of 5 ladder steps. In short, reaching ladder step 1 means that the company is acting very reactively. Nothing is done until an accident or something serious has happened. Reaching ladder step 5 means working proactively across the company and with the entire industry to work safer and healthier.

The Safety Culture Ladder was once devised by ProRail. When more and more other companies became interested in the system, ProRail looked for an independent organization to manage the Safety Culture Ladder so that other companies could use it. NEN was chosen. Since the transfer to NEN, there are now 1000 companies that have qualified for the SCL, with the largest growth taking place in 2021: from 300 to 1000 organizations. This growth is due to the adoption of the SCL by the Governance Code for Safety in Construction (GCVB). From 1 January 2022, companies who have signed the GCVB will include safety awareness as an obligation in tenders and contracts. This joint agreement is called: Safety in Procurement (ViA). The intent is that thousands of companies in the construction sector will work more safely by focusing on safety culture and behaviour.

There are different types of SCL products, which differ in audit severity. The SCL has so far been widely used in the energy, offshore and construction sectors in Europe and more and more countries outside of Europe. 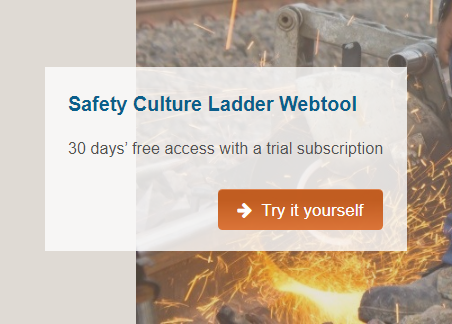 Via the SCL Webtool, NEN offers several instruments that support certification on the SCL.

In the webtool you will find, for example, the questionnaires to be used for certain SCL products as a first self assessment: the SAQ Compact and the SAQ Extended.

The Online File is also part of the SCL Webtool. This allows an organization to upload documents and provide others (including, for example, certification bodies) access to the SAQ results.

To make the SCL Webtool more user-friendly, it has recently been adjusted on a number of points:

For more information about the web tool, go to https://webtoolscl.nl/en 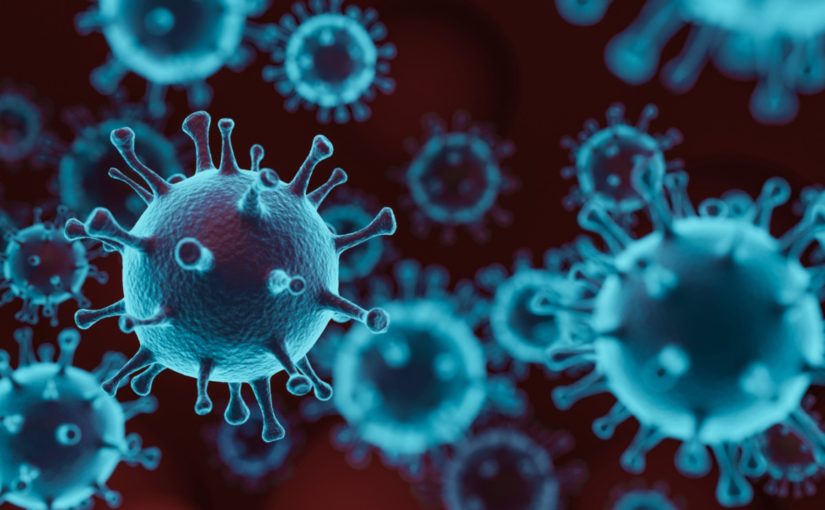 The complete description of measures has been translated from the policy of IAF. Additional measures, specific for SCL, are included in the document. To help interpret these measures, here are some examples when COVID-19 measures are obstructing completion of the audit:

For a complete overview of measures, we refer to the amended policy document. This is available in Dutch, German, English and French. Do you have questions? Then contact us at info@safetycultureladder.com 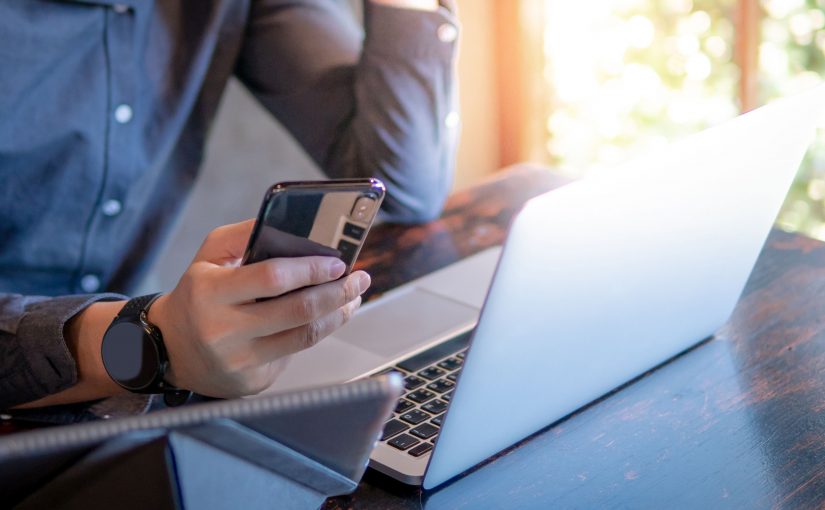 SAQ COMPACT
The new questionnaire “SAQ Compact” contains 72 questions. It is a shortened version of the SAQ Extended, which contains 233 questions. It addresses 18 organizational aspects. The questionnaires are available in the languages ​​Dutch, German, French and English.

Web tool SCL
Both questionnaires are available via the Webtool SCL and are included in each type of webtool subscription.

This is how the webtool works:

Important: The choice for which questionnaire to use depends on the selected SCL product (SCL Original, SCL, SCL Light or the Approved Self Assessment). The web tool helps you make the right choice.

More information about the Webtool SCL and the free trial subscription 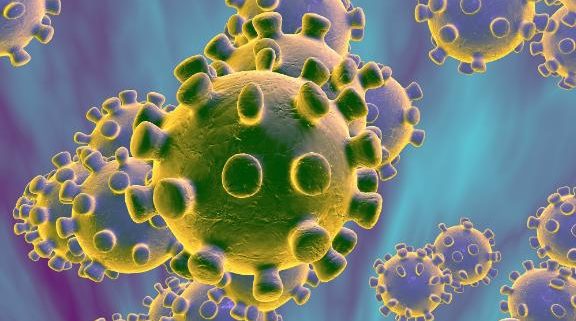 This week an umbrella policy has been drawn up by NEN outlining the way audits should be handled during this Corona crisis. This policy follows the guidelines (T051) of the Dutch Accrediting Body which in turn are based on international guidelines.

Although the T051 offers good guidance, it has not been prepared for audits aimed at observing behavior and culture. For this reason, an additional chapter has been devised for the Safety Culture Ladder, based on the NEN policy.

Conducting remote audits is permitted in a number of exceptional cases and only in areas where no behavioral observations need to be made. For all conditions and details, see the policy document with measures. 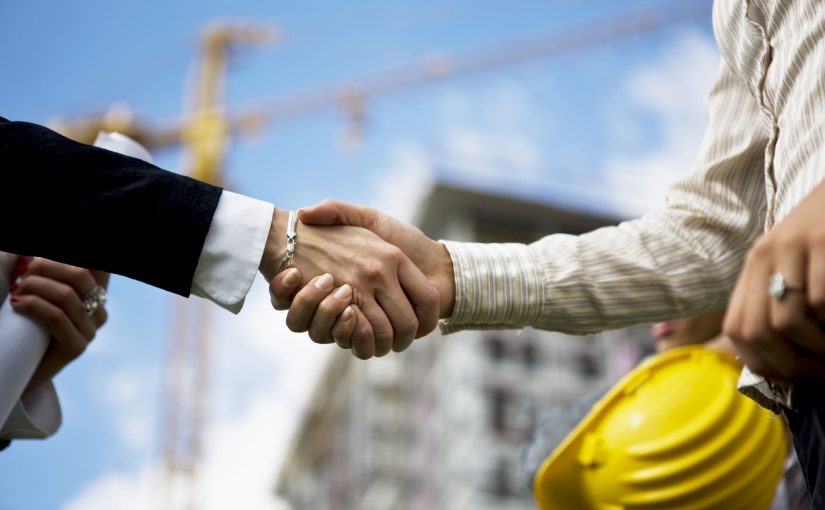 The Safety Culture Ladder (Veiligheidsladder) introduces “new” products and product names. These products where initially only available within the “TenneT pilot’ and within the Dutch Governance Code Safety in Construction, but will now be made generally available. Parties can choose, next to full certification, for a different SCL product from the 1st of March 2020 onwards.

Background
Initially there was only one SCL product available: the SCL certification, in which every year a full (100%) audit is required. On request by TenneT a pilot was started in 2016 to work with deviated products. These SCL deviations were only acknowledged by TenneT and used for their own contractors. The Dutch Governance Code Safety in Construction also decided to use these products.

The Committee of Experts (CvD) has recently decided to take the products out of the pilot context and make them generally available for the market.

The products
The SCL certification scheme remains the same, in other words: nothing changes in regard to substantive requirements. There will be a difference in audit forms.

Both the SCL Original and the SCL provide a certificate if the audit is concluded successfully. The achieved step is stated on the certificate.

The SCL Light does not provide a certificate, but a statement on which a ‘step indication’ is stated.

The Approved Self Assessment does not provide a certificate, nor a statement and therefore not a step indication. The certification authority only provides a document of proof stating that the self assessment has been performed according to the required process.

More information about the product names and the audit requirements can be found in the CvD decision.

The products are available per 1st of March 2020. In the coming months all relevant documentation will be adapted to the new products.

The alteration also requires new templates for certificates and statements. These will be adjusted as soon as possible and will be available, ultimately on the 1st of April, for certification authorities.

Adjustments in the online register
The register of certificate holders on the website will be amended. The new product names will be added. The certificates and statements (current SAQ+ register) will be combined into one register. As soon as this is completed, it will be visible on the website. Certification authorities and project partners will be informed separately about the changes. 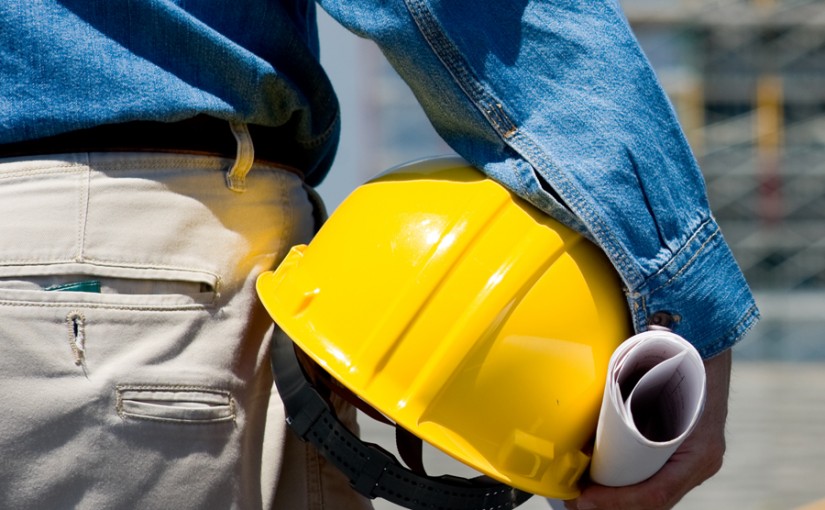 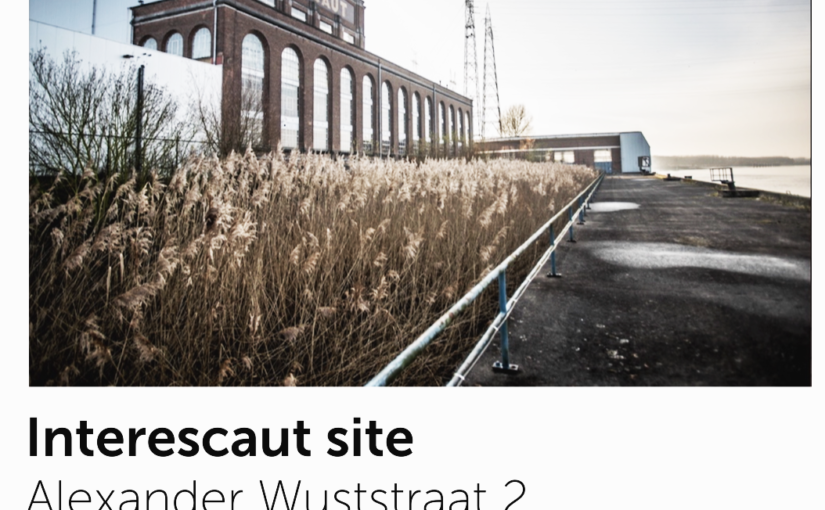 On 25 April 2018 The Safety Summit will take place in Schelle, Belgium

The Safety Summit is the conference on sustainable safety and wellbeing at work, where people who are inspired by safety and wellbeing can discover innovative safety insights. This year the focus is on:
– person behind the employee
– smart technology
– circular safety
A workshop on the Safety Culture Ladder is part of the conference programme: ‘The Safety Culture Ladder,  incentive for improvement?’ 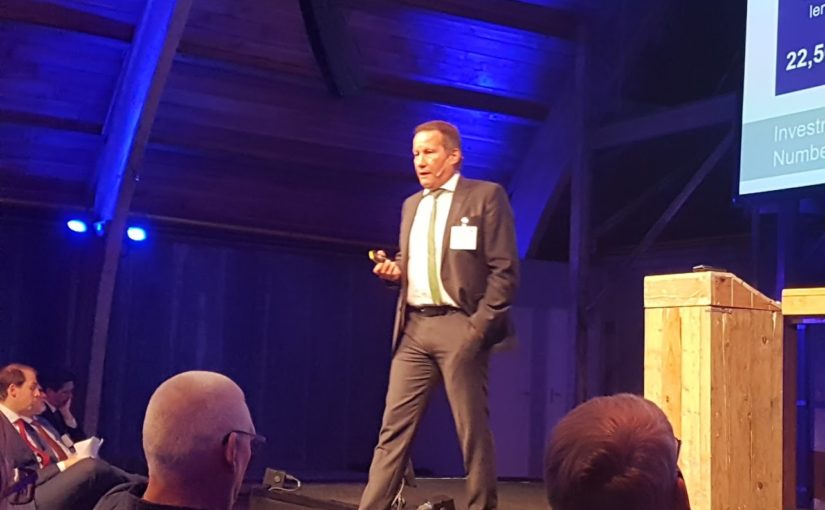 On Thursday 25 January 2018 the Annual Congress on Industrial Safety took place in DeFabrique in Utrecht. Knowledge sharing and interaction among professionals are the main topics of the congress. The latest developments in machine safety, process safety, explosion protection and all aspects of safety culture and safety behaviour are addressed during the day.

Click here for the questions and answers of the send-to-stage application at the Industrial Safety Conference.